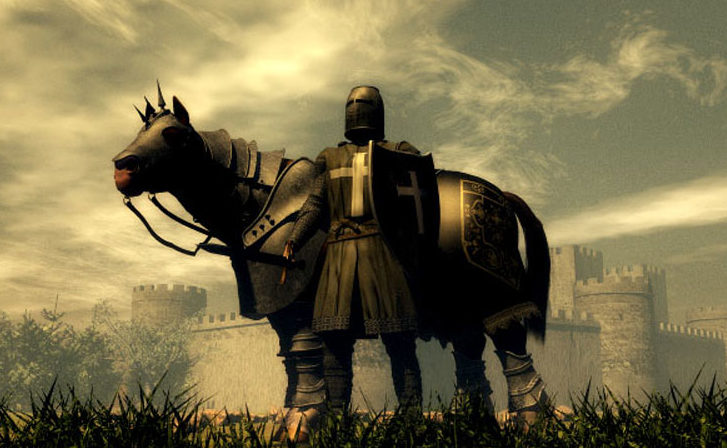 The image is entitled “The Last Day”, and was created by the amazing Austrian artist, Alexander Kofler. It appears with permission, and is a fitting image for the home page of my fantasy poetry website. 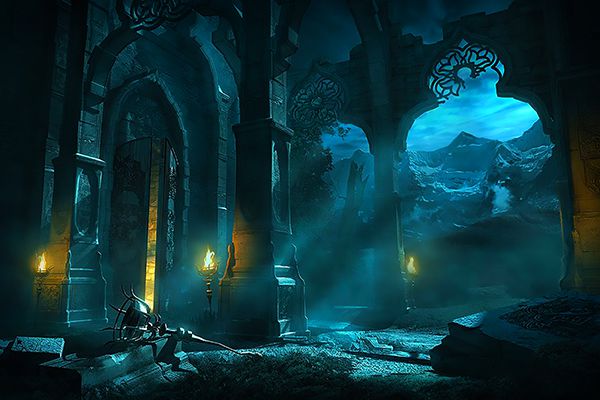 The Legend of Evermore – fantasy poem

She sleeps in snow white death . . .
a hundred years of time
pass into nothing . . .
for who remembers her?
except for those who perished with her?    (The Legend of Evermore)

Hello, and thanks for dropping by my fantasy poetry website.  It’s considered by many as the best single author fantasy poetry site on the web,  and has been ranked as #1 or #2 on the web for “best fantasy poetry” since 2011.  That’s when I began.  Right now,  I believe it contains 54 of the best fantasy poems and narrative poems on the web by a modern poet,  all written by me, and while I wouldn’t rank all 54 as the best fantasy poems ever written – I’d still put at least half of  them as equal to any others you can find, by any one, any poet, any topic, or in any century so long as in the genre of narrative poetry.  Anyway, most of my poems  are original stories, and with rare exception almost all my poems tell a complete story.  Many of the older ones are written in a classic fantasy mode, some have more contemporary themes, and also there are several that put into fantasy poetry many of the Disney Classics.     Classic stories such as my Cinderella fantasy poem, Beauty and the Beast fantasy poem, Snow White fantasy poem, Hansel and Gretel fantasy poem, and even my Rapunzel fantasy poem.  More of these are to come, plus I’ve really gotten into Cowboy and American West topic stories/poems as of late – although only the older ones currently appear on this website due to the newer ones being entered in some ongoing contests.

Likewise, if you love “World of Warcraft”,  or “Game of Thrones” you’ve definitely come to the right place, and are going to love the other narrative fantasy poems on my website.  Most of my earlier narrative poetry are stories set to poetry that were inspired by the “sword and sorcery” tales of Robert E. Howard (Conan the Barbarian), “The Hobbit” series by  J. R. R. Tolkien, “The Chronicles of Narnia” series by C. S. Lewis, and a host of other great books of their kind.  These narrative poems and flash fiction are about great battles, brave warriors, wizards, witches, and more — all with a message — and all are complete stories even though they are in poetic form.  In fact, for five consecutive years my fantasy poetry website was ranked #1 on the web for fantasy poems and fantasy poetry by Google, before the site went offline for two years due to personal reasons.  Today, it is considered by many to be the best single author website for fantasy poems, and narrative poetry in the nation, and also has a following in several other countries.  Moreover,  since most of the poems also tell a complete story they also qualify as both “narrative poetry”, “speculative poetry”, and “flash fiction” —  all of which include an incredible background image which I use to try to project the mood of the poem.

The website contains those works that I consider not only my best fantasy poems, but many other forms of narrative poetry.  For instance, my early fantasy poem, The Dream, is a haunting love story that will pull you into its center as it envelopes you.  Likewise, my more recent fantasy poem and voted a “best poem”, “A British Soldier in Zululand“, takes you directly into the Zulu battlefield exactly as Kipling would have done two hundred years ago.  It is a battle, and experience you will not forget!  Then, if you want a terrific fantasy poem based on a very popular song, try my narrative poem, The Yellow Ribbon, and take a trip on a Greyhound Bus across the country, and into the past while you share a ride with a teenage girl and her brother headed west to California, and the convict they meet on the way.  Then, for a story now almost one century old try my fantasy poetry version of the very popular story that first originated in Viking lore called:  Rainbow Bridge.  This is a moving story and fantasy poem that  tells the tale of loving pets who have passed on, and now  await the passing of their master or mistress, to journey together to Heavens Gate.  Please bring some Kleenex for that one!  Or, my Disney type fantasy poems such as  Hansel and Gretel,  or  try my top rated fantasy poem with over 14,000 hits, Beauty and the Beast; fantasy poem,  or my very popular  Cinderella poem, or a top ranked  favorite of the Disney type fantasy poems,  Snow White,  with over 8,000 hits on the web.  It is a narrative fantasy poem that tells the entire Disney version of Snow White in poetic form.  There’s even science fiction and metaphysical like fantasy poetry  such as Star Bender and The Seven Moons of Dargoor.  You might even try my two personal favorites: The Good King and Faithful Knight, a tale of an older, but brave knight who falls on hard times only to be accidentally rediscovered by his beloved king, and restored to honor and fortune by the king who’s life he once saved on the battlefield, or my top personal choice of both flash fiction and fantasy poetry, The Warrior and the River,  a very short fantasy poem that tells the tale of a warrior long worn out from constant wars who in a moment of rare rest, reflects on his life, and longs for the  peace and tranquility he has often dreamed about.

Now, you may notice at times that I sometimes mix styles together — and when I do I assure you, it is intentional.  A really good example of that is my fantasy poem The Legend of Evermore.  Lots of styles intentionally mixed together, and is just the way I sometimes write.  As a poet,  I believe I have the  absolute choice to write exactly how I please,  free from traditional rules.   My only rules are:  the words must flow – the story must be clear – the characters must be memorable.  If my work meets that test — that’s all that is necessary.  I also believe that each fantasy poem should normally have an image background  to “set the mood” of the poem.  I have taken these  images from the web, and often there was no way of knowing who the artist was who created the image.  I’ve done the best I can trying to find the creators, and putting that information at the end of each poem, and if you happen to see an image you recognize, and know the artist – please let me know  so I can add that in.  Of course, the artwork,  video attachments,  and images (like in the Cinderella poem) are separately owned by the artist who created it, or company who sponsored the work.  Only the poems are mine.

For whatever it’s worth – I began writing fantasy poems, flash fiction, and narrative poetry back in 2011 after a serious shoulder injury.  It was a way of dealing with the extreme pain, and a long period of healing.  Within ten months of beginning it,  my website was ranked with the top three “fantasy poetry” websites in the nation, and by the end of a year – it was ranked #1 in the nation for both fantasy poetry, and fantasy poems. It stayed ranked as #1 fantasy poetry website in the nation for five solid years, but then I stopped writing for two years, and the online rankings slipped dramatically. Finally, I decided to redo the website myself in September 2018, and took online classes to learn how to do that.  What you now see was initially completed in December 2018 after taking a year of online courses on web development to figure it out, and now,  just starting in 2022 I have begun redoing the poem navigation which you can see developing on the “experiment” page.  I highly suggest you take a look as besides navigation, the page is visually unique, and getting better all the time as I continue to work on it.

However, for now,  to assist in navigating the site, you’ll find a list of the fantasy poems on this site at the very bottom of each of my poems that you can link to, and also a limited list with links, on the right side of each poem.   You can also search by category, or as I hope you’ll give a try,  feel free to try the “experiment” page for a more visual experience in poem selection.

On a completely different note,  in late May of 2021,  I began adding a completely new category of poems.  These poems are about major news stories and current events that have deeply touched or disturbed me to the extent I’ve begun placing these into narrative poetry.  I’ve also done a video on YouTube where I combined music, poetry, and images.  Take a look if you’re so inclined on this link.

Last,  if you like any of the poems, fantasy, romance, war, Disney, or whatever — I’d really appreciate if you would  take a moment  to send me a brief comment.  I rarely get any feedback at all, and when I do I find I am really inspired to write, and quite frankly, without them I usually stop writing for weeks or months at a time until somehow the inspiration begins again.  In case you can spare a minute, there is a contact form page for that purpose.

So, thanks so much for stopping by, and I hope you’ll love these poems as much as I do.

To the Representatives who refused to stand

A poetic rant about Representatives who do not stand for the Pledge of Allegiance in Congress.

Do you know the story of Peter Pan?
Who lived in a place called Neverland?
or the Lost Boys who lived there too?
or Tinkerbell?
All of them, you knew?

To Fight in the Ukraine

In my opinion these are my top 10 best fantasy poems and narrative poems.

The Castle by the Sea

The Cure on Christmas Eve

The Great Boffer and Evil Witch (an adult fantasy)

An adult fairy tale about a handsome prince very successful with the ladies who falls for an evil witch, and pays a heavy price.

The Doubting Knight and the Fairies

A bold knight doubts the existence of the fairy people until his Queen makes him a bet, and shows him how wrong he is.

In this dragon fantasy poem a brave knight finds fear, and is defeated for the first time as the dragon is far more powerful and frightening than he could ever imagine.

When a Tidal Wave/Tsunami strikes a peaceful beach town, one man struggles to survive its horror in this action packed narrative fantasy poem.

This is the story of Rapunzel as a fantasy poem with a marvelous background illustration. “Rapunzel, Rapunzel, Let down your hair”

The Poison – a fantasy poem

The Poison is a fantasy poem of the poisonous lies spread by the court of a queen to protect their influence by breaking up the romance of the queen and a brave knight, leaving the queen romantically alone for the rest of her days.

Blended in the styles of Ruyard Kipling, and Lord Tennyson comes this incredible modern fantasy poem about a British Colonial Soldier in the late 1800’s, and his experience in the Zulu Wars. I consider it one of my best fantasy poems.

The Warrior and the River -fantasy poem

The story of a battle wearied warrior resting by a placid river who dreams of a time of peace, only to be brought back to the reality of war too soon. A beautiful, contemplative fantasy poem.